Speaking The Word Of God

Reverend David Weekley shows off his newly acquired t-shirt which reads "Gaman" which is a Japanese word to describe the concept of enduring pain. In Japan, it is considered a certain strength to be able to withstand uncomfortable situations. In a few moments he will be coming out to his congregation at today's worship as the second transgender Methodist clergy in the nation. His church is 95% Japanese-American (Epworth United Methodist Church is historically Japanese-American) and none of them know that he was born a she and had transitioning surgery 34 years ago. This is going to be a big shock to the community and potentially hazardous to Weekley, as the Methodist church does not support LGBTQ rights. 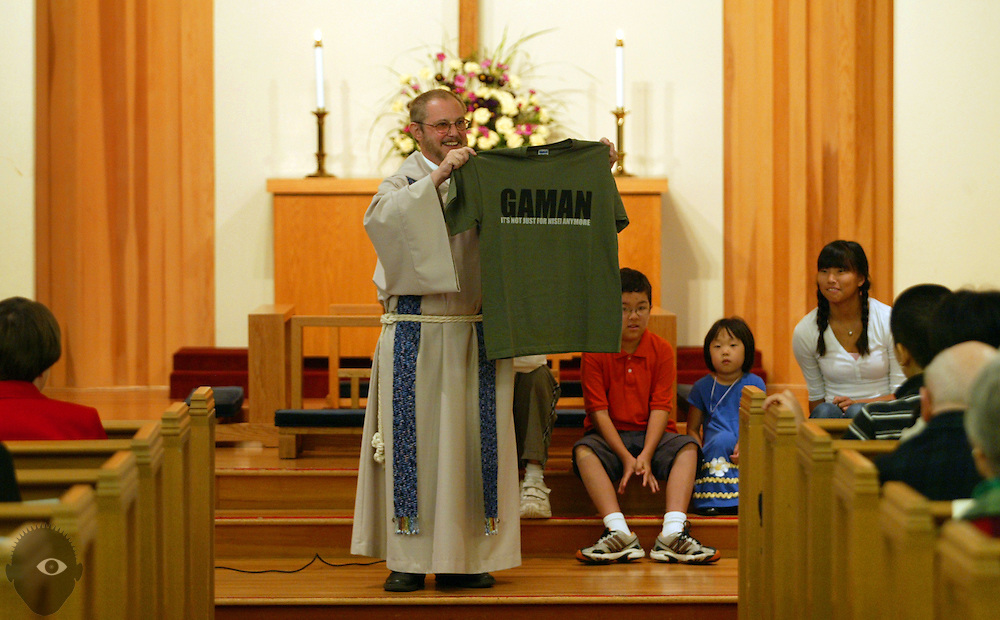